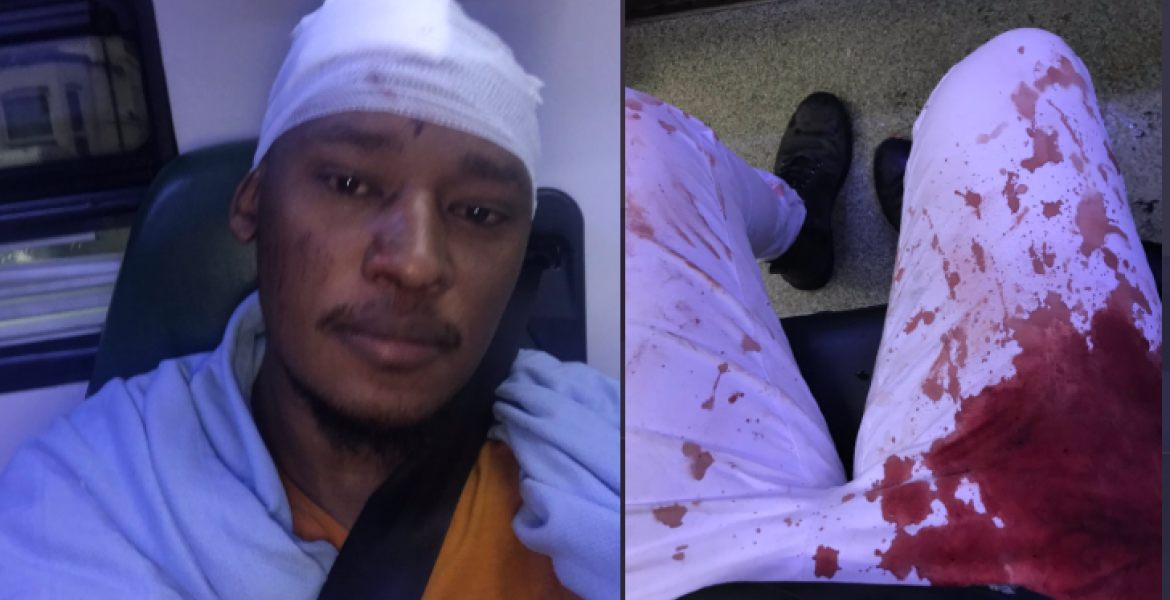 A Kenyan man claims that he was attacked and badly wounded by fellow Kenyans in London, the United Kingdom over his sexual orientation.

In a post on Twitter on Sunday, February 16th, the man whose username is Sir LV (@SirLV) said his compatriots attacked him for being gay.

“I got attacked by fellow Kenyans in London for being Gay. Now headed to the hospital #staysafe,” he wrote on Twitter.

He also shared photos of himself with a bandaged head and blood-stained clothes in what appeared like an ambulance.

Sir LV, who has over 8,000 followers on Twitter, describes himself as a humanitarian and bodybuilder in his bio. His tweet has attracted over 590 comments, over 150 retweets and 500 likes.

Report them to the authorities. Get them deported back here. Boris want to make Britain white and great again.

Waaaaau! Now a bunch of Kenyan fuss makers will be deported for beating up a faggot..... :) Sad...why bother and the rear end belongs to him?? It wasn't yours to feel the pain for another man humping him......