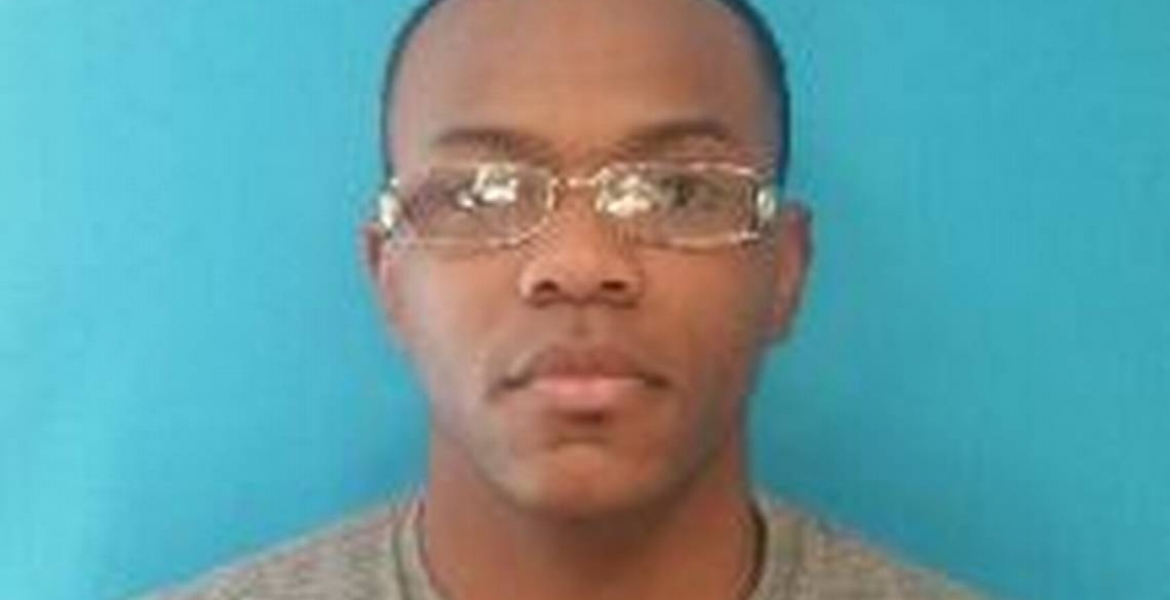 A 26-year-old man has been charged with murder in Phenix City, Alabama in connection with the death of his one-year-old daughter.

Police were called to a home located on Sommerset Drive on Wednesday, February 21st and found the girl, Cateya Brooks, dead at the scene due to what was later determined by the coroner’s office to be blunt force trauma. The father, Sha’Quel Brooks, is being held in the Russell County Jail.

Cateya’s mother is described as 24-year-old Adriana Omondi, originally from Kenya. Adriana was reportedly in Kenya and had left Cateya and her twin sister Zeraya under the care of their father. 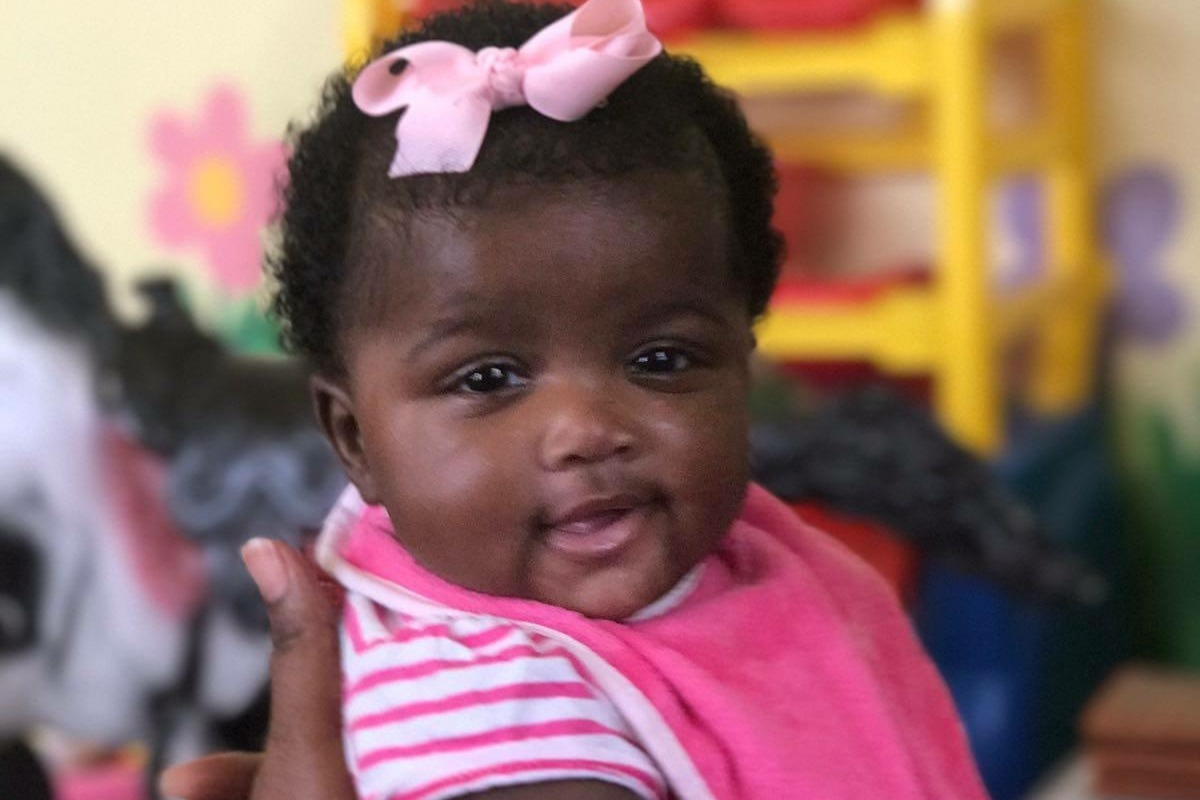 Adriana Odomndi’s family and friends have started a GodFundMe account to help her with the burial of her daughter: gofundme.com/cataleya-brooks

why would the mother travel to Kenya and leave 2 young children under the care of their father?men cannot tolerate infants(crying, nagging, diaper changing, feeding) Was the trip an emergency like funeral/ sickness. As a mother you should always take your children with you especially in long distance travel, and if it's a burden why not cancel the trip or both them agree to travel together. May the young girl RIP.

You never know, maybe this dude’s mother had promised to help look after the kids while Omondi was away.

So because they can't tolerate, they kill then? Why have them? So women are only allowed to travel with their children? Another stupid stupid statement.

You are an idiot and i am not going to apologize coz the term suits your narrowed brain function! Your comments just infuriated me to the core! Never judge anyone until you get the facts straight! What if she had to attend a funeral God forbid, court or anything that couldn't wait? What if she had no money or means to travel with a large family coz obviously every parent can't travel alone with twins that age? Not all fathers are neglectful to their babies. The mother here is also a victim. RIP little angel and peace to the family.

Come on Vinny!There are many men who are widowers,or baby mama ran away,and they just do fine with their babies.Most men will step up to the plate when necessary.
We dont know what happened in this case.May be drugs are involved.Women go through the same frustrations you mentioned. Most fair well,but you should also note that we hear alot of horrors committed by women on their children.

Am a father who travel with mine so talk about yourself

Si that justify his action ?? Is the mother a robot n father a human being so delicate to handle what he has brought to the world ???

The amount of stupidity in this one reply is astonishing. I hope you never have to go through something like this. As a human being you should have more compassion than this. If you don't have anything important to tell people keep your stupidity to yourself

The above statement brings outs numerous questions about the authors understanding of what constitutes a real Man. Its hard to imagine that they know what a father is, Shortly put"if its a woman, does she have a father of a child in her life. Did she ever have a father?
If all the Men in your life are beasts, irresponsible, stupid or Psychotic, you need to get a real Man. A real father protects, not harm his children. He doesnt take his chilredns life, he gives his own for them. That is a real Man. What we see above is the trash you people correct, for ulterior motives; and assume you have men that you ignorantly try to transform to a father. Beasts are beasts, eventually they act like one.

What a sexist and foolish remark! how many loving dads look after their kids when their mothers are away or even separated or dead? stop blaming the mother thats just judgemental shallow and defeatist.

Stop that stereotypical bullshit vinny. I tolerate all that and more from my daughter. Infact my spouse is the one who cannot stand that. So if you can't tolerate it, don't assume all men are like you. And in general, if a mother cannot leave her kids with their father then the two probably should not have reproduced in the first place.

Vinny you are an egotistical flailing male. Your reasoning proves why some people should not pro-create.

I could be naive or traditional, whatever you would want to label me, but l am still searching for a reason that would make me travel to another continent, leave my 1yr old under anybody’s care. Would l even sleep. Only my mum.

Depends on the kind of people in your life.

Poleni sana. The mother made a bad judgment of leaving 2 infants with the father but mean the father should kill them.

You're stupid for blaming the mother. Is the child not this man's too? People with your thought level exhaust me. So if the mother had killed the child, would you say the father made a bad decision? Just stupid!

Zip it @Madam, you should use your brain before you leave your child with anybody. You can not hire anybody to be your maid or baby sitter. The same to your baby daddy or your husband. If somebody is hot tempered or on drugs you should not let them take care of your child. Just because you slept with somebody and made a baby does not mean they can take care of a baby. Use your head that why God gave you brain. I am so sorry for that family. The judge needs to put this man in death row.

The man kills and people are already judging the woman for leaving the baby with her rightful father? Not a stranger but the father! If men are this incapable why marry them, let alone have families with them and set them up as your household leaders??

@Wangugu the GI, be a rightful mother/father does not mean you can take care of a child. Haven't you heard of mothers/fathers you give their babies drugs to sleep when they are doping or going to the clubs. Many children who are in foster care have biological parents who cannot take care of them.

JUST CHARGE THIS BASTARD WITH MURDER AND CHILD ABUS.E

There must be long story between the parents.Likely the mother argued with husband and ran away to Kenya.
The man is mad killing innicent kid.

Very sad, dont blame the mother as she did what anyone would do, leave the kids to the legal father. As of now the medical report show the kid was hit with a blunt object ....it may be anything and since investigation is on going id suggest we stop the speculation and contribute the go fund and if you cant please dont be the judge. Why get a Nyeuthii and we have kenyans here wako na papers na hawana watu?? Very sad in deed and lets contribute to this family and have the mother back in the country, may this be a lesson to local kenyans to stick close to the commumity for you never know when you will be needed or need help

it's unfortunate that the little gal had to die,her parents had deep issues i guess. The father should be charged for murder, no excuse whatsoever. .the mother must have learnt the hard way.. its unfortunate, i hope she had a really important thing to attend to, that she even dared to fly out of country leaving small kids behind. so sad

Maybe the guy got a chance for DNA and found that he never sired the child.But that does not mean he had a right to kill her.Jamaa ni Raila kabisa.

Along that thinking, the more likely senario is, did not want to pay child support...

To all those men blaming the mother, does that mean you would have done the same thing? Ni swali tu.

Please all of you commenting. There is a Go-Fund-Me account for the little girl. The Father has not been found guilty, neither is the mother negligent. RiP baby.

Women ran away when they fight with their husbands leaving their kids behind. The husband will take care of the kids or find help from the neighbors, who knows what happened,maybe someone else killed the baby when the dad was away but you know the husband is the one who will get in trouble,he is the first suspect whether he is innocent or not,so let's not jump in to conclusions.

Good point. And they were twins and the other one is still alive. Maybe the death was accidental and the baby hit his head thus the blunt force trauma from the coroner

The baby in the picture clearly doesn’t belong to that killer. A paternity DNA must be part of the issue.