A Kenyan landlord in San Francisco, California has been found by a judge in contempt of court and ordered to pay $124,000 or go to jail for 10 days.

Superior Court Judge Lynn O’Malley-Taylor on Thursday ordered Anne Kihagi to report back to court on March 8th and hand over $124,000 in tenant rents to the city, failure to which she will spend 10 days in jail. The contempt of court charge stems from an earlier court judgment in which she was ordered to pay the city $124,000 she collected from rents for the month of January.

In May, 2017, Anne was ordered to pay the city of San Francisco more than $2.4 million in penalties following a lawsuit that alleged that she engaged in a pattern of harassing her tenants, illegally evicted tenants, and retreated against tenants who reported various violations to the city. The lawsuit also stated that she failed to make repairs on various code violations. The $2.4 million judgment has since risen to $5.5 million due to legal fees and other costs, reports the San Francisco Examiner.

Anne has been infamously labeled “the worst landlord in San Francisco” for her cruelty towards her tenants in the various rent-controlled residential buildings Anne and her sisters own in the city. Several of her former tenants and other San Francisco residents have also held demonstrations against Anne Kihagi. 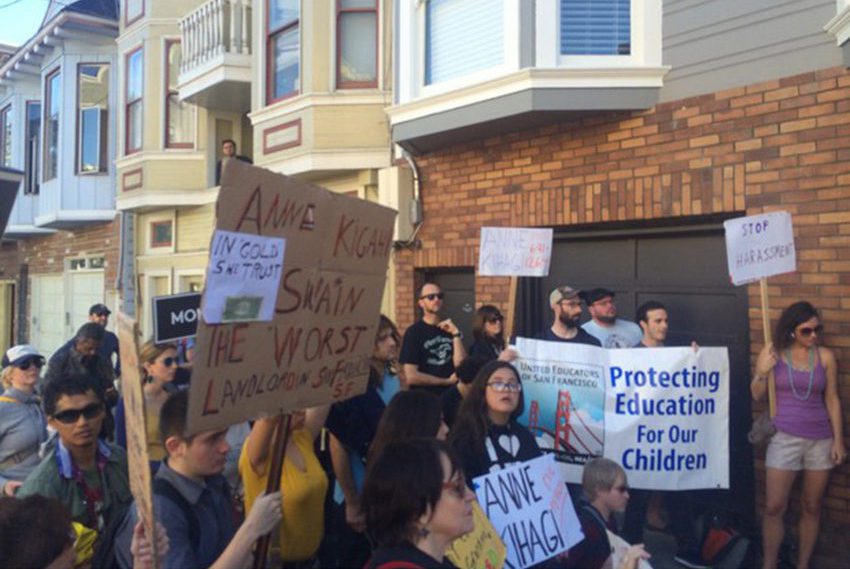 San Francisco City Attorney Dennis Herrera at the time of the May, 2017 judgment said Anne “has a special place reserved for her in San Francisco’s abusive landlord hall of fame” for her reported unprecedented abuse on tenants.

In addition to the $2.4 million judgment that has since risen to $5.5 million, Anne was in a separate case ordered to pay a former tenant $3.5 million. Several other lawsuits filed by other former tenants are also pending.

Between 2006 and 2013, Anne and various companies registered to her and her sisters purchased 11 properties in the city worth an estimated $30 million.

The ten days are for contempt of court. She will do 10 days pay the money she owes...... Her best option is to declare bankruptcy and let the courts take her properties there, return to Kenya and settle.

If I were you, I'd find away to go to Mexico one way it seems you are in a deep shit hole. But uko na pesa pay the debt and cry kwa choo and if you are single natafuta mtu

If I were you, I'd find away to go to Mexico one way it seems you are in a deep shit hole. But uko na pesa pay the debt and cry kwa choo and if you are single natafuta mtu

She's a "debt millionaire" remember her properties are worth 30m but the tenants are paying the mortgage. She probably used the system called "leverage" to get 11 properties she's broke court costs property taxes,lawsuits have her unable to pay up. We forget and poop on the plate we eat on. Miss Anne, don't lose your weave on the way down coz it's going to be a hard fall.

This lady looks like the new...sijui senator for Nakuru. Anaitwa somebody Kihika.

Ohh.. Ni Ile matusi tenant akichelewa kulipa rent...the Kenyan way kuweka padlock... Wrong place.
She seem to have a bad attitude and knowing that ,she should have employed professional services of a billing company...
Very sad.

Why do you think D.C is getting rid of all Section 8 and erecting luxurious apartments.

There is a simpler way for the lady, Kunyua Marathion kikombe moja.
End of story

Judge Lynn is pretty sympathetic. This land lady must have assets frozen if she’s unable to pay the tenants.