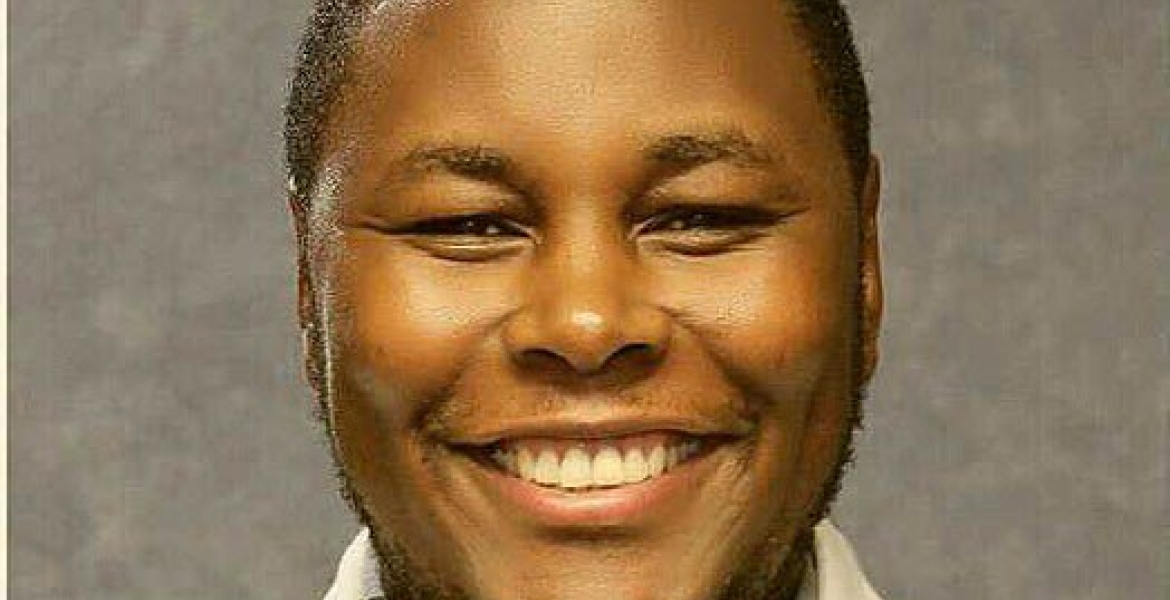 A Kenyan man based in the United States has earned himself a global reputation after graduating with a Masters Degree in Nuclear Medicine Technology, becoming one of only four individuals who have attained the degree.

34-year-old John Gitau Wairimu, based in Birmingham, Alabama, together with three other Americans become the first four students in the whole of the US to attain a Master's Degree in the field.

The four will be graduating from the University of Alabama in Birmingham (UAB). This is the first Nuclear Medicine program to reach the master’s entry level in the entire of US and the first in the state of Alabama.

The study of Nuclear Medicine Technology was first launched in the 1950s. It is a branch of medicine that involves the use of radioactive drugs referred to as radioisotopes or radionuclides to diagnose and treat diseases.

Nuclear Medicine Technology is widely employed in diagnosing and staging cancer, detecting heart problems and brain infections. Mr Wairimu also holds a Bachelor’s Degree in Public Health with a major in epidemiology from the same institution.

“I feel privileged to have pursued my studies in this great world known university hospital,” said Wairimu.

He adds: “I feel ready and confident enough to go out there in the World and have an impact in someone’s life.”

Not true. There are several doctors of medicine

@Mzee, we can forgive you for your old age. We understand comprehension is not an easy task. Go back and reread the article and post what you understand the second time around.

@jameni, Mzee is absolutely right. There are so many NM programs in the US and elsewhere. The "problem" is that they are predominantly at the Associate of Science and Baccalaureate levels. The University of Mississippi in Jackson, MS is one example with of a PhD level program. Others are Johns Hopkins University which a has a whole department of NM with a strong focus on their PhD program.

For you @Jameni, go read a little then come back and we can dialogue some.

John Wanjohi, the editor needs to do a little bit of research before publishing the story. · https://www.nmtcb.org/exam/schools.php

Guest, not offense but he got masters NOT certificate in nuclear medicine. Here is correct link:

Gits proud of you buddy. I knew you'd shine.

Kudos Gitau wa Wairimu! The mind is a terrible thing to waste.

congratulations for your achievement.

Hongera to American born Gitau wa Wairimu.Is he related to "Dr"/RAPIST/CONMAN Mugo(waGaithari)WWairimu?And who taught them if they were the first people to attain masters in the field?

Omera, your comments are disturbing. Celebrate one of your own. This could your brother, son, uncle or someone that will make a discovery that will actually save YOUR life.

Kograts our maumau comrade.Now the Kenyan gava can chase this good brains n let him serve his native country?Its time for our Africans especially Kenyans to come home n give back n help our continent grow.But hii $$$$ ilituharibu sana.

Kograts our maumau comrade.Now the Kenyan gava can chase this good brains n let him serve his native country?Its time for our Africans especially Kenyans to come home n give back n help our continent grow.But hii $$$$ ilituharibu sana.

Oh please...this is an overhyped title. I have worked with radiopharmaceuticals...and frankly, u don't need that Masters. In the South it is a big deal, but up North....meeeh. Purdue University has been training pharmacists and techs since zamani, same to U of Arkansas. It sounds technical, but nothing really hard about it. You tag radioisotopes (commonly technitium) to WBC, inject a patient....and following the natural flow of plasma or blood, it will shine where the pathogenesis is in the body. GE produces Myoview (when you go for your stress test) the injection u get so your heart can be lit up and we can see which part is 'dead' before we decide if you need open heard surgery or need to stop hogging. It sounds tough more coz of the safety regulations that must be observed...speed is the word while dealing with this. Slack, u get irradiated. U might start 'glowing' in the night if u aint careful

Just because you caneed make it look so easy does not mean it is. Somebody should have recognized you too when you graduated. How about belated kudos?

Bcoz it is generally irrelevant to glorify such achievements up north. Really nothing to it...5000 hours at Purdue or Arkansas, and u can write state papers

@Mugi. If he go to Kenya he will jobless or go to a different field because they do not use such technology/skills there

Diagnostic nuclear medicine procedures can result in relatively TC-99 exposure to the your family this might lead to long term risks-autism,cancer-thyroids,hormone imbalance.The technician work under protection rings to keep away the exposure.However the decay time of most isotopes if over 6 hours and by the time you get home you will be exposing your family to gamma particles and can lead to unwanted health effects.The program was used in military but hospitals realized they could make huge profits.The risk associated with the program is not worth the reward especially if you have children,young pregnant women and infants.

Stop scaring people. There is protective gear that should be worn to prevent such from happening, that is if you are referring to Mr. Wairimu's occupation and not the patient..Stop stealing Mr. Wairimu's moment.

@Omera, your spirit is nasty. Before you hate on this brother who appears to deflect your deficits, please note he is Kenyan born and migrated to the US in his teens. He is a beacon of hope as you will see from this clip. Watch, listen and humble yourself. https://www.youtube.com/watch?v=hRaSSYmI6pY

@Dr Sifuna &John Chuaga....we get the picture. But he has taken an informed choice, so don't rain on his parade and try and take the shine off his achievement! Just congratulate that he is one of four to get the masters! That is an achievement in itself. But thanks for the lesson on this, but doubt any of us were looking to go out and hook up with the guy. Jamani!

@ sukari & mugikuyu… the only protection they wear is a ring badge on the dominant hand, with the label facing the radiation source. Studies have confirmed that staff working within this program are exposed to high levels of occupational radiation doses to which they (and/or their family) could be routinely be exposed resulting to unwanted health issues (Hospitals bury the issue for profit margins) Read Dr. Sifuna well articulated article above. Just ask yourself, why ‘wahindis’ are keeping away from the program considering their passion for Med.Courses? Mugukiyu, don’t mistake my absence of sharing compliments…..I happen to have HCP knowledge to let my dear Kenyan light their candles.

That is my home boy! Gitau congrats brother ...Good news. May God bless you exceedingly!