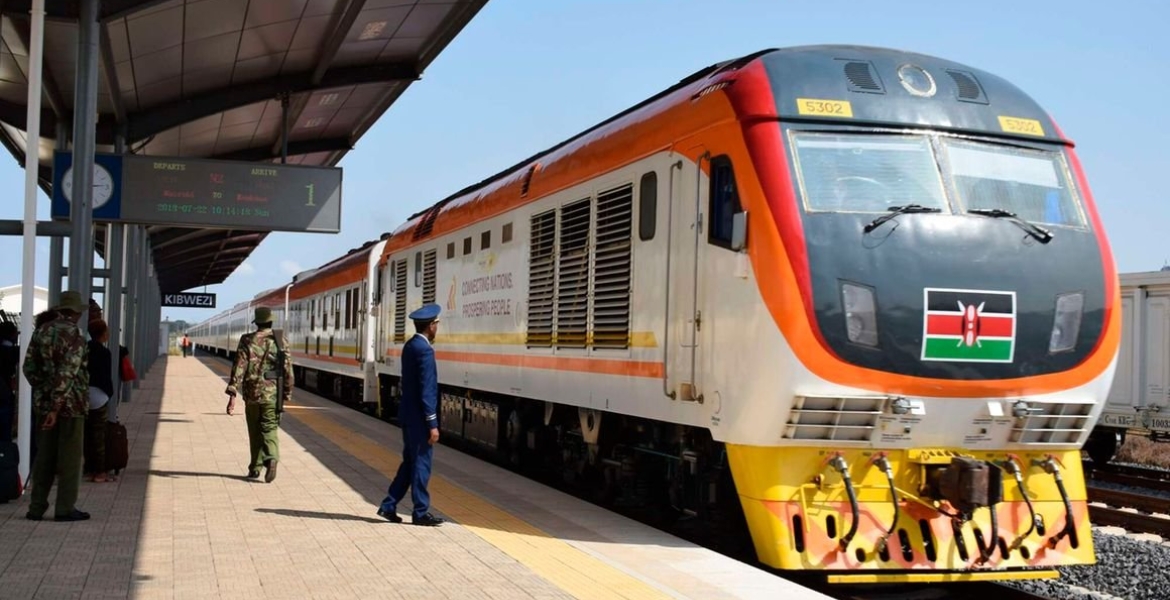 Kenya's problems with ballooning public debt became clear after the country defaulted on payment of Chinese loans for the construction of the Standard Gauge Railway (SGR).

“This (Ksh1.312 billion/ $10.8 million) relates to the cost of default on interest at one percent of the due amount,” disclosure documents by Treasury state.

Kenya borrowed over Sh500 billion from Chinese lenders, led by the Export-Import Bank of China, to fund the construction of the SGR from Mombasa to Naivasha via Nairobi.

But due to insufficient revenue from the passenger and cargo services offered on the track, which totaled Sh15 billion in the year ending June against operation costs of Sh18.5 billion, taxpayers have been forced to bear the cost of the SGR loans.

In the year ended June, SGR reported an operating loss of Sh3.4 billion and wired Sh22.7 billion in loan repayments, according to Business Daily.

In the year under review, Kenya had requested a six-month extension of the debt repayment moratorium from bilateral lenders, including China, until December 2021, but Chinese lenders led by the Exim Bank of China rejected the request, leading to a standoff that delayed disbursements to projects funded through Chinese loans.

Kenya was then forced to drop its push for a debt repayment holiday to avoid straining relations with China, the country’s biggest bilateral creditor after World Bank.

In January last year, China deferred the debt repayments, a move that helped Kenya to retain Sh27 billion ($223 million) that was due for six months ending June 2021.

Repayment of the SGR loan started in January 2020 following the lapse of a five-year grace period granted to Kenya by China.

These contracts need to be made public. Some even need for public to vote for them before they sign. Majority of us do not know what is written in those contract.

The terms and conditions of Chinese mega loans have in-built mechanisms that promote payment defaults. Such mechanisms saw Uganda lose Entebbe Airport to them and we all know what happened to Sri Lanka's port. Since Kenya is not a transparent country, there is no telling what the Chinese own in Kenya. We might not even own JKIA or Koinange Street.

It’s time to renegotiate and refinance these predatory Chinese loans with other rich friendly countries! Perhaps request for a loan forgiveness for some of these slavery loans!

.....and many genarations to come...our great great grandkids will be owned by china! thanks to uhuru and his goons!!! and all y'all diaspora MFs that tried without success to support sore losers #Matharao. Na sitaki kusikia hizo shenanigans zenyu....unless mtalipa hio deni! hebu tell them the real truth @mkenyahalisi

Check got lost in the mail.

We will pay our debts whether it’s 80-100 billions guys so don’t worry too much.Usa/Uk/France keep defaulted to Chinese n r paying heavily fines but they never report it but the stupid idiots who wants Africa to stop taking loans from China will keep reporting such stories so we can have fear as citizens to stop loans from China.China was n is a God send.Usa/UK/Europeans countries have enslaved us since 1800 n they r not happy wr developing via China loans.Whether our African economies collapse or don’t we will continue bin assisted by China to develop period.The west n European should mind their bizness n fix their falling economies.It’s African times to rise up period.