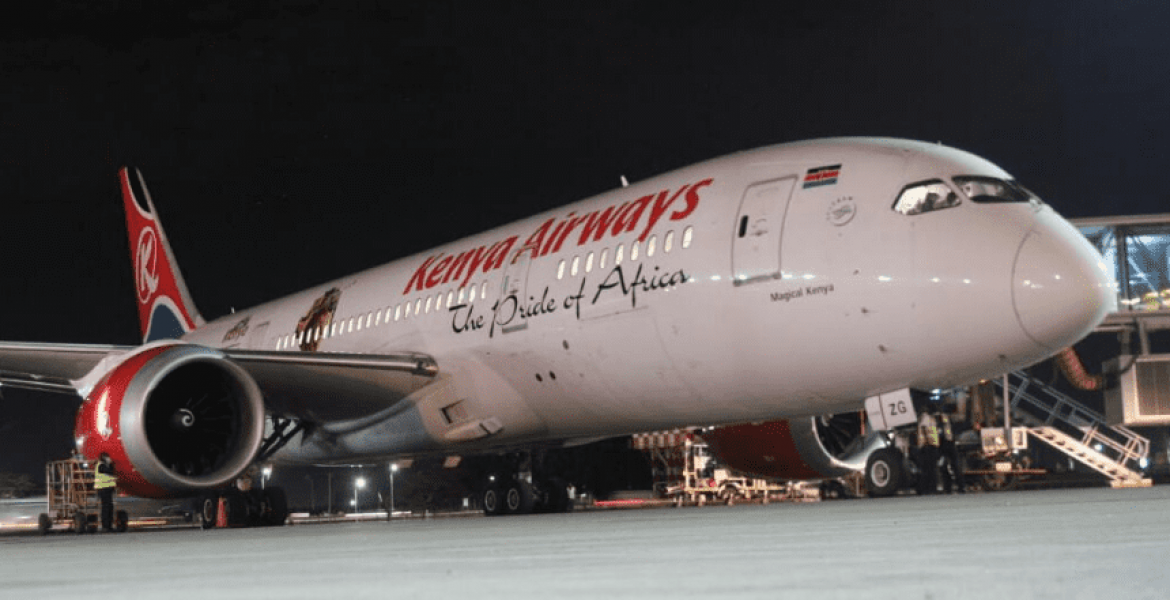 Kenya Airways (KQ) has announced it is converting some of its grounded passenger flights into cargo freighters.

KQ said the move is aimed at keeping the airline in operation amid the coronavirus pandemic, which has completely crippled the air travel industry globally.

The grounded KQ passenger planes will complement the carrier’s cargo freighters and will ferry cargo across the world. As a result, a KQ Dreamliner passenger plane of registration KQ 2764 on Sunday left Nairobi for Johannesburg carrying medical goods and essential items.

The national airline halted its operations after the government announced a ban on all international passenger flights as part of the measures to combat the spread of Covid-19.

Other countries worldwide have imposed similar restrictions to stop the spread of the disease that has so far infected over 1.6 million people globally and killed more than 100,000 others.

Cargo flights remain operational to offer emergency services and supplies during the pandemic.

Last month, KQ announced all staff, including top managers, would take pay cuts during due to the pandemic. All employees will see their monthly salaries trimmed by at least 50 percent while CEO Allan Kilavuka will take a pay cut of 80 percent. “We are not taking any decision on layoffs. Instead, we would like everybody to participate in taking a salary reduction and paid and unpaid leave,” Kilavuka said.

Kenyans need evacuation from China now. Our government will face Kenyans after corona.
We need our fellow Kenyans out of China and Chinese ( Moabites)out of Kenya!!
Smooth talking of Kenyan and African leaders about the (Chinese) Moabites and keeping silent about our brothers and sisters in China will not do the job.
Africans on the four corners of the earth are awake and our ancestors and our God is with us.
No more trashing of the Black race!!