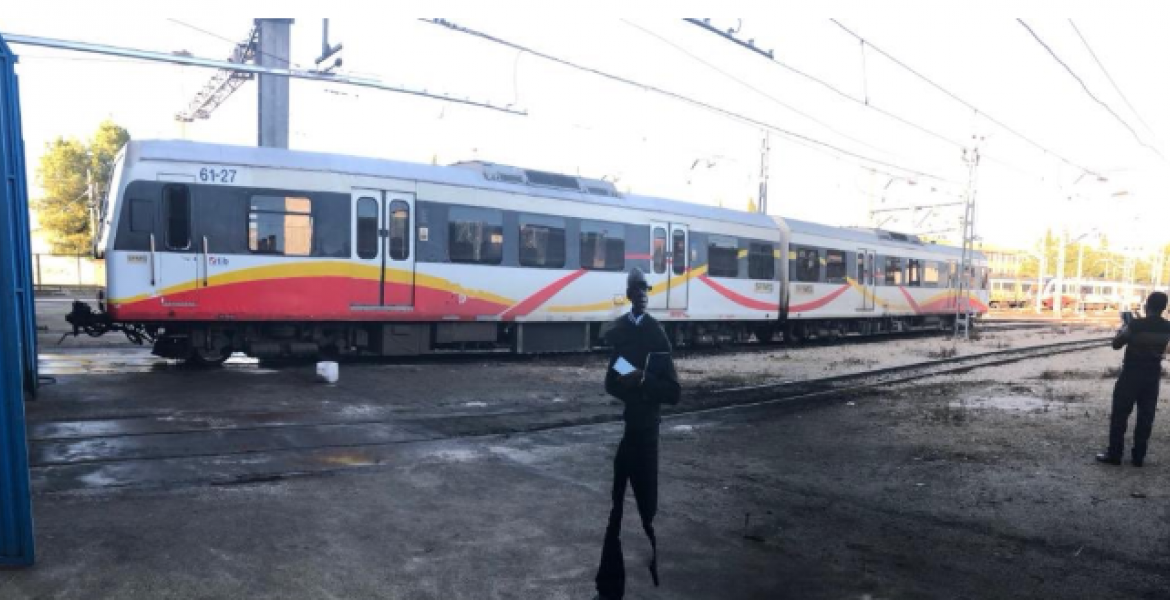 Kenya has inked a deal for the acquisition of 15 second-hand commuter trains from Spain for about Sh1.5 billion.

The agreement was signed on Monday in Mallorca, Spain by Kenya Railways Managing Director Philip Mainga and officials from Regional Ministry of Energy and Mobility in Mallorca, according to Housing and Urban Development Principal Secretary Charles Hinga.

The purchase of the Diesel Multiple Units (DMUs) is part of the government’s plan to decongest Nairobi city.

"Today we have achieved a major breakthrough in the Nairobi urban mobility journey. This morning, on the beautiful island of Mallorca, the MD Kenya Railways signed the contract to bring home the much-awaited 15 DMUs.”

“The journey to decongest Nairobi has just begun," PS Hinga said through Twitter.

News about the purchase of the 15 old locomotives elicited public outrage last year after it was reported that they would cost the taxpayer Sh10 billion but former Transport Principal Secretary Esther Koimett clarified that only Sh1.5 billion would be spent.
She further explained that though the trains are used, they will be in service for the next 20 to 25 years.

Thank you for mentioning "Second Hand" from the Get go.

The Kenyan Government has Borrowed too much at the Expense of Current and Future generations. And I call it Greed and Deception; Corruption.

If they can be used for the next 15-20 years, why is Spain discarding them....if I may ask

They need to be careful look at the train system in Ottawa .You get what you paid for.We have not yet completed SGR yet there we go with another train uhuru will finish us with this debt

@justme i hope u buy new cars all the time not used ones?This trains engines coz billions of dollars n ur getting a dozen with 1.5billion ksh n they work perfectly so i think it's a good savings n deal.Remember the ones used in syokimau/ruiru line zimekaa since 1901 n they r still working so hizi they r only 15 years n with better engine so deal ni poa aslong as hazitakunja kuharibika mapema.

the truth of the matter is we do not know what the truth is, i personally believe they will end up costing more by the time they end up at Mombasa port, when you steal, grab and deceive it becomes impossible to be trusted even when you are actually telling the truth.. any project can be made sound like the most noble project but in Kenya we lack credible feasibility studies to give these statements some credence, you will see another bottleneck pop up that requires billions for these mkokotenis to work as prescribed

These second-Hand Commuter Trains are most likely from some shady back street company. Why not buy news ones from a reputable manufacturer. All these second hand buys are with east european wheeler dealers kick back schemers.

Look at the Light Rail Sytems in Addis Ababa or Abuja. We are falling so behind in many ways including this buying of outdated trains that belong in the recycle bin.

Who will be doing maintenance on these trains ,spanish ,African engineers or both?