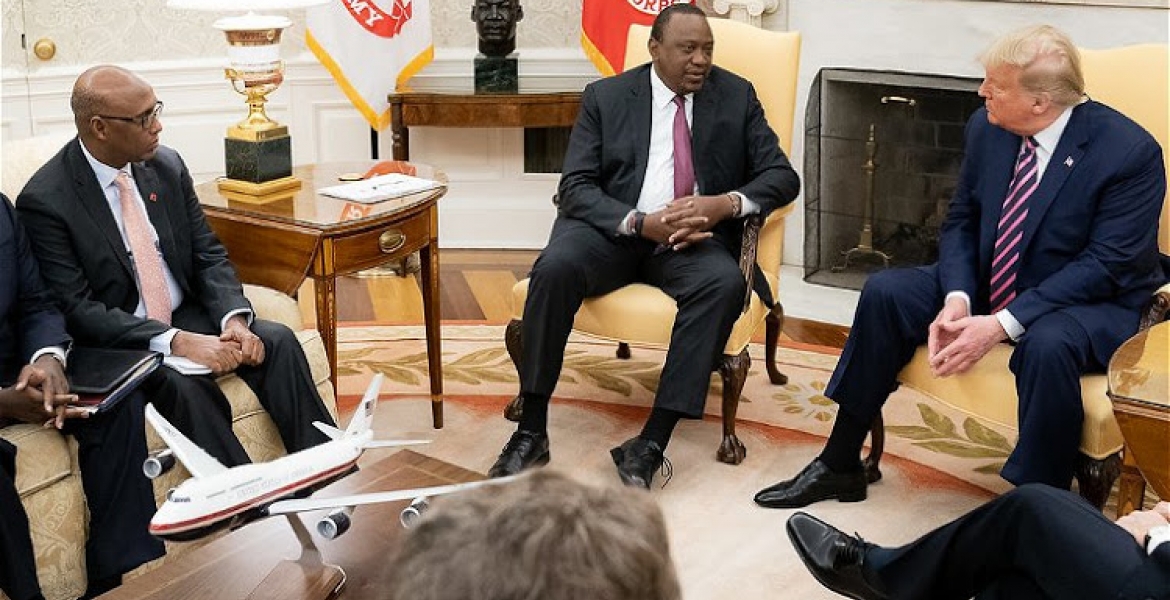 President Kenyatta on Thursday held a meeting with US President Trump at the White House in Washington, DC.

During the meeting, the two leaders agreed to initiate negotiations on a free trade agreement between Kenya and the US, America’s first such deal with a sub-Saharan nation.

“Today I want to assure all of you of Kenya’s unwavering commitment in developing the strongest ever trade investment framework with the United States of America.”

“We are very keenly looking forward to concluding the trade arrangement between our two countries and I believe that these trade agreements would not only serve Kenya and United States but would probably set the base for a new engagement between the United States and other African countries,” Kenyatta said on Thursday.

During their first meeting at the White House in August 2018, Kenyatta and Trump established the United States-Kenya Bilateral Strategic Dialogue.

Trump has shown less interest in African countries since he came into office. Under his administration, the US has had free trade pacts with 20 countries, but none in Africa. 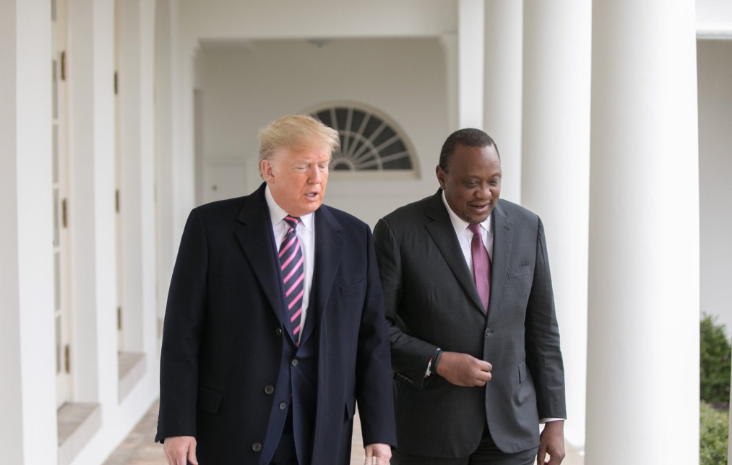 Did someone take the time to show Trump where Kenya, sorry Kenia is located on the map? With all the tribulations Trump has gone through, being shunned by Europeans, its time to partner and see what Kenya can gain. I commend Uhuru for remaining sober enough to meet Trump. I just wish these government officials would tell Kenyans what goodies they bring to Kenya after all the joy rides since taxpayer foots the bill.

They need to invite Trump to Kenya. I would like to hear his feedback after the visit.

The shit hole country president. Did you ask why he thinks you are a shit head?

I hope Uhuru requested Trump to add Kenya on the visa free list.