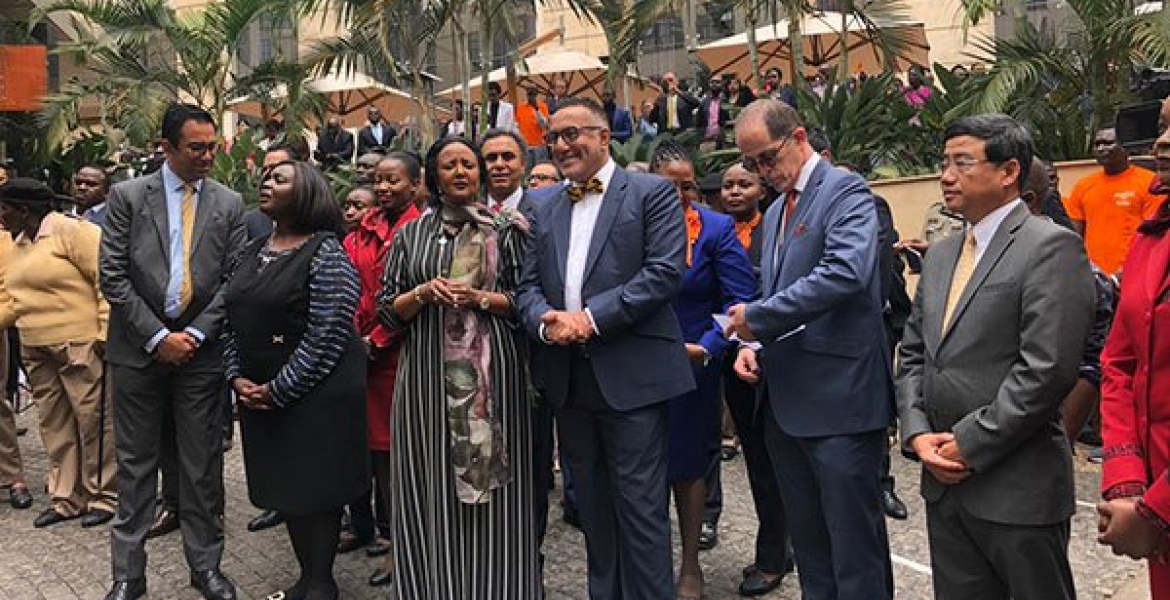 Nairobi’s DusitD2 Hotel was on Wednesday reopened six months after it was closed following a terror attack that left 21 people dead and several others injured.

The high-end hotel located on Riverside Drive in Westlands area was reopened in a ceremony marked by hoisting of three flags by Kenyan runner David Rudisha and head of the hotel chain.

“During the time of our closure, we have taken time to train our staff in various aspects including customer service in line with the global Dusit Hotels and Resorts. In order to reinforce the safety of our guests, we have also enhanced security measures right from the entrance of the 14 Riverside Complex,” the hotel said in a statement.

The hotel, which will open its doors to the public on Thursday, lost six of its employees during the attack.