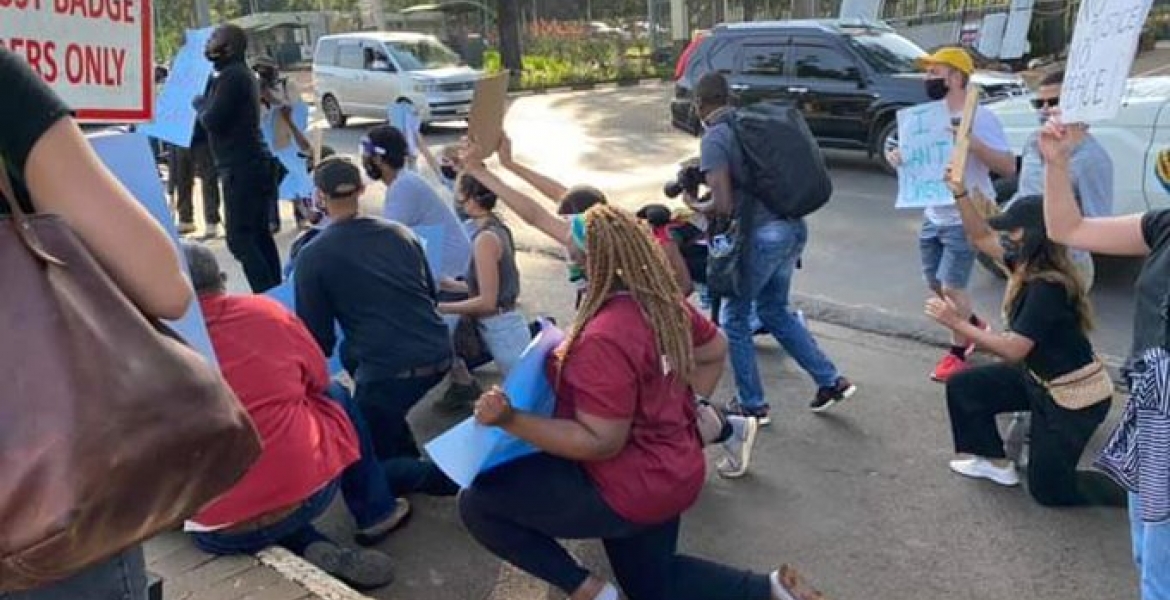 A group of people camped outside the United States Embassy in Nairobi on Tuesday morning to protest the killing of an unarmed civilian George Floyd.

Floyd, a 46-year-old black American man, died on Monday, May 25th, in Minneapolis after a police officer put his knee on his neck for nearly 10 minutes in an incident captured on camera.

His killing has sparked a wave of violent protests across the US with President Trump vowing to deploy the military if the situation, which has continued in the past seven days, persists.

Derek Chauvin, the white officer who placed his knee on Floyd’s neck, was arrested on Friday and charged with third-degree murder but this has done little to quell the unrest around the US.

On Tuesday, a group comprising both white and black people demonstrated outside the US Embassy in Nairobi, demanding justice for Floyd. They carried placards bearing different messages including Justice for George Floyd and End White Supremacy. 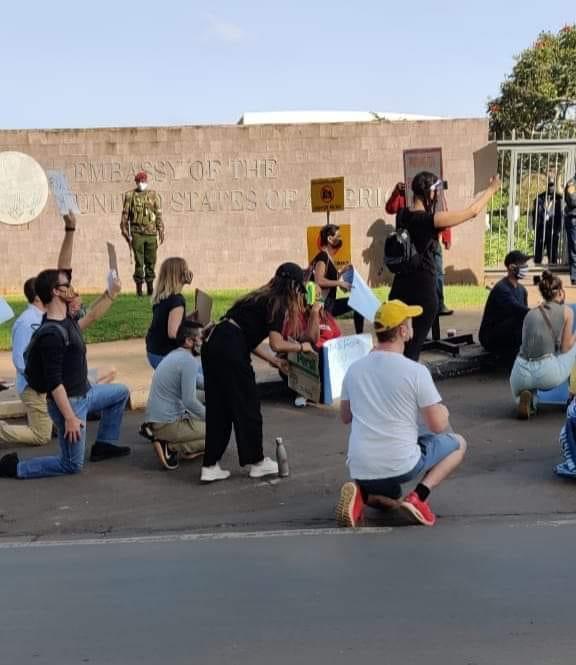 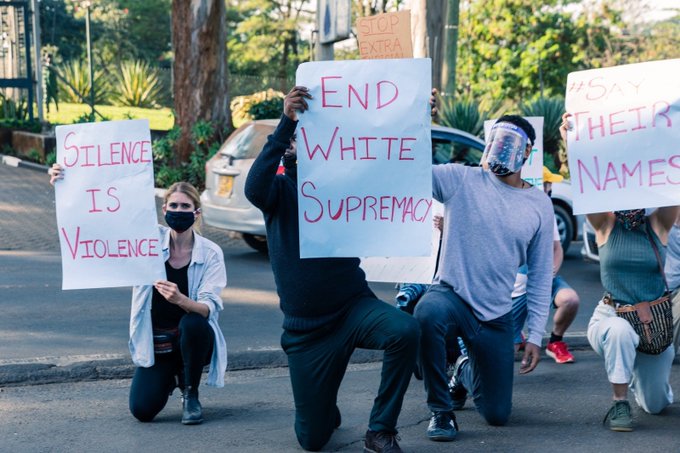 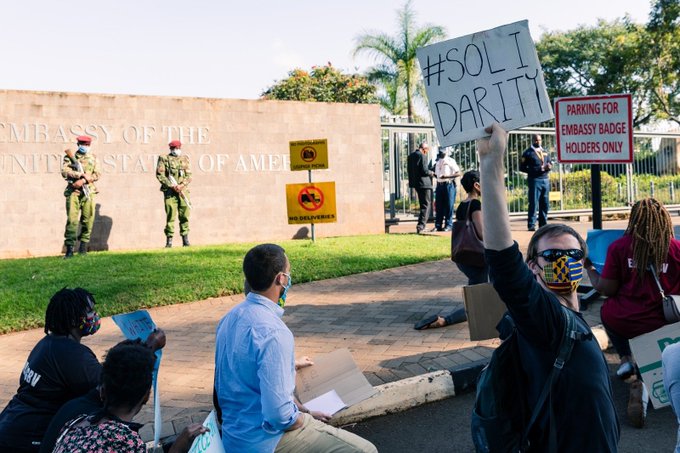 Ha, I missed this one. Should have been there

@ex-diasporian - You knew about the demo meeting; only that you chose to hide under your single baby bed 🍿with a bag of popcorn!

Hope the damn African police standing with Rifles do not open fire on peaceful demonstrators. People need to be heard and respected!! It is good to see all kinds of people standing up for the truth!!

Kenya! Stay out of this; none of your Business. Anyway: How many times have innocent Kenyans been Extradicially killed and you have Done or Said something next to Nothing?

It's a Black Lives Matter movement. Do you not think that includes Africans so it has everything to do with you regardless of where you live in this world. Africa is a jacked up continent because too many people thought black lives there did not matter.

Glad to see Kenyans understand the meaning of PanAfricanism, and also care for their brothers living in the USa. We also suffer institutionalized racism and cruelty leveled against all black people. "Justice delayed is justice denied."

I dont see many black people there. What hell is going on in Africa. They have no clue of racism in America?

Too many are in love with that devil Trump to realise racism exists in America.