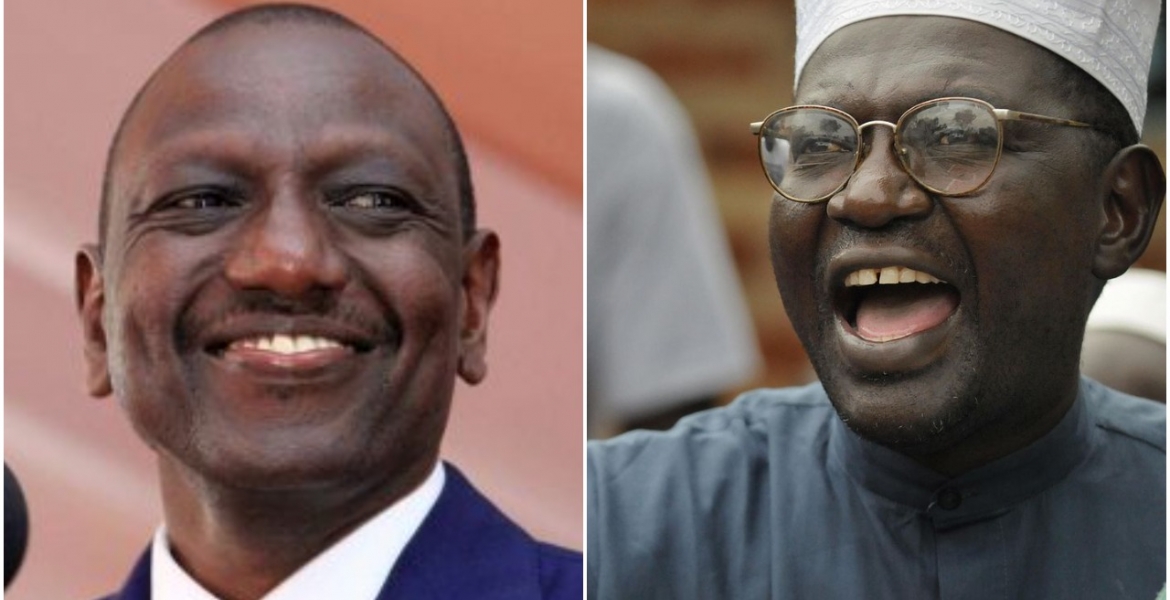 Malik Obama has thrown his weight behind Deputy President William Ruto. Malik, a half-brother to former United States President Barack Obama, declared his support for Ruto through Twitter on Saturday, going on to pour praises on the Deputy President.

He described Ruto as a tough, resilient, and brilliant politician who had stood the test of time.

"William Ruto is tough, resilient, brilliant, and most of all kind at heart. He has stood with many who have betrayed him. I stand with the Hustler nation," Malik tweeted.

Malik, who is an ardent supporter of Obama’s successor Donald Trump, further tweeted that DP Ruto is a generous man who understands his origin.

“William Ruto is generous. He understands his origins. God gave him and he is giving back. With humility and grace,” he added.

In a separate tweet, Malik, who is a dual Kenyan/US citizen, declared he will vote for Trump in the upcoming US presidential election, saying Trump is a sincere, honest, tough, and fearless leader.

“President Trump speaks from his heart. He doesn't beat around the bush. Says it like it is and is Sincere and Honest. Tough and Fearless. Not a Phony or Hypocrite. I will vote for him in 2020!” he noted.

Bwana Malik you can vote for trump but remember the man hate you just by the color of your skin....especially you coz you are dark skin

The only person who need Malik's support is Trump.

Malik, just shut your big mouth. You can vote for whoever; who cares. You have only a single vote.

Who the hell is this idiot. I have never heard of him!

Why is Ruto smiling over this loser’s endorsement?? Anything Malik touches dies! He just spelt out Ruto’s political death!

Malik, you better just endorse Ruto. Trump will send your endorsement back to your shirt hole

Wish u were smart like ur brother Obama who actually made the name famous.

This fellow is just seeking attention.There is an african saying to the effect that,"when a villager walks out in public naked,all the villagers are a shamed".

Malik has cojones should also support great leader xi Jinping. Not coward like Obama and Clinton

Anyone who can poison over 5,000,000 people worldwide with Wuhanvirus with squinty eyes is a murderous coward! He is having Chinese eat those who die of Wuhanvirus in China; which is a crime against humanity! You ought to be ashamed of yourself talking like a damn fool!!

Go resolve the Hong Kong issue with jinping before you start praising a coronavirus killer as a great leader! China is the epicenter of the worst manufactured virus released to the whole world and you got some shitty guts to even talk? Go to hell!! Your evil empire will soon fall!

Supporting a neonazi doesn't give you cojones.

You support who you can vote for, not every rascal in power. Being a voter is key.

THIS IS YOUR MASSA 'MAKING AMERICA GREAT AGAIN"