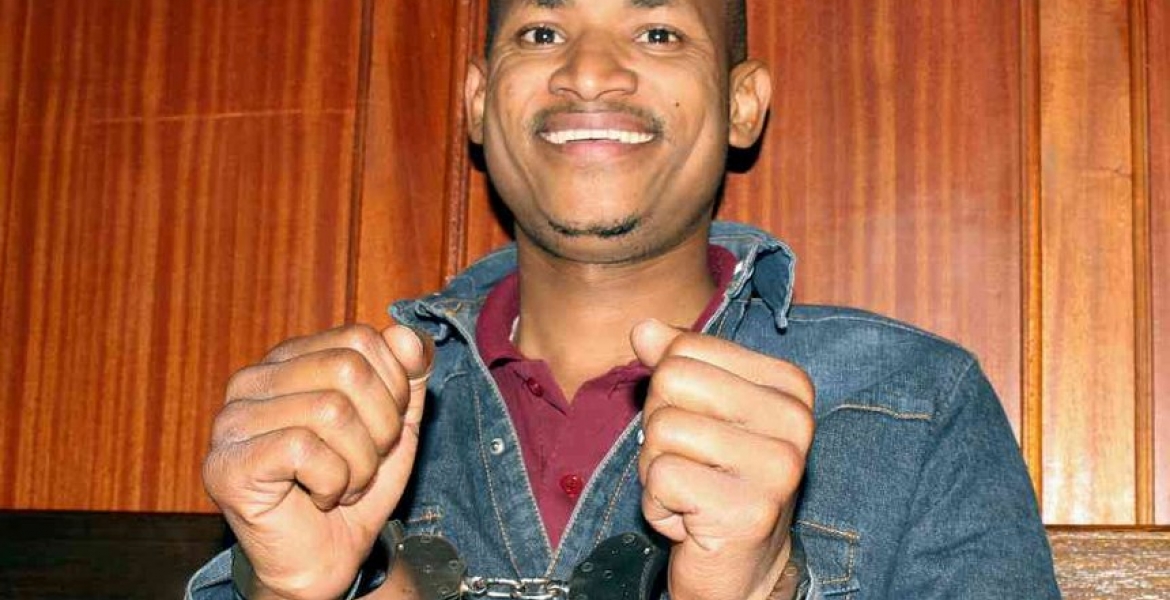 The Orange Democratic Movement (ODM) MP said he is being detained at Parklands Police Station.

Police are said to have questioned him over a recent incident in Westlands, where he and his bodyguards allegedly assaulted a Nairobi county parking attendant.

"They want to damage my image because they see me as a threat to becoming the Nairobi Governor in 2022," he told a local media via phone.

Earlier in the week, a video clip emerged showing him and his bodyguards roughing up a parking attendant at Fortis Plaza in Westlands, although he denied having being involved in such an incident.

In a Facebook post, Babu said: "Been arrested. Held at Parklands. Charges are two. Harbouring intention to overthrow government. Assault. It shall be well."

@ Imara you need to go back to school or you need to grow up. You cannot equate such by referring to MOI. This idiot keep breaking laws and he keep getting away with it. How cheap can one being not to pay parking fee and what type of generation will we be raising if we keep praising and upholding such juvenile behavior in our society. People like this Owino should be jailed and relinquished of their position. If we continue like this my friend Kenya will be in a bad place.

@Omera precisely. He needs to be taught a lesson, you break laws , you go to jail . Who does he think he is ?

@Omera, I second you. Babu makes a mockery of the justice system as with so many of them, e.g Kuria. I feel the up and coming children have been robbed of their innocence and protection, we of a certain age were accorded as children. I mean, imagine the kids hear the matusi being thrown by these leaders, both nationally and internationally, then see them come to blows with each other in public. What is a parent or teacher left to teach children so wrongly exposed to this rot? Boy, I consider myself so lucky growing up protected when elders knew how to throw shade whilst delivering a potent message not easy to be decoded by the children. Afungwe and I dare say tried and sentenced.

Your argument does not relate to Babu Owino's behavior. He needs to grow up and when he brakes the law, then face consequences.
Where does the mataifa 60 come into play?

Imara, you make no sense, a personal behavior is the issue here, so where does Moi and Kenyatta leadership have to do with it. You are so tribal

Babu Awino is a total fool. imagine has now resorted to interfearing with U GANDAN Political issues.